How to Build a High Performance Team with Mystery Puzzle Game

Puzzle rooms and mystery puzzle games are so popular these days. Wouldn’t it be great if we can play the fun games with your friend while we are learning how to build a stronger team at the same time? How it works? Let’s take a look step by step…

1. Learn to Focus on a common goal

In the introduction to the puzzle game, the game-master provides a common goal, a mystery that the team need to solve together! Effective teams need have a common goal that each member is working to achieve. This goal must be unambiguous, known to all team members, motivating, and has a clear path to achievement. Otherwise, they will have numerous varying approaches which is leading to a negative argument in the team. We don’t want that, aren’t we?

If the goal is not known to all team members, team members will be unmotivated and lost. Once the goal is clear and members know it, the clear path to achievement will reveal itself.

2. Learn to take a role in the team

In the game, one person needs to take a lead to keep the team on track and focus. Another would try to come up with a solution to the puzzles and the rest would search for clues. Easy right? This set of complementary roles will show the value of each team member and focus on their strengths.

Set up team roles, with respect for each role’s part in achieving the same goal, is an essential part of effective teamwork.

3. Learn to Communicate and Collaborate

Mystery puzzle game creates a scenario where teams will have to communicate effectively to complete their mission. This includes sharing information precisely and interpreting given information collaboratively.

Bad communication leads to time wasted by re-examining solved puzzles, looking for an item that is already found or attempting an incorrect solution. Just like the goal may be achieved eventually, but the process will involve frustration and confusion.

Good communication involves accurately dispensing knowledge, an environment where team members can freely express their thoughts and opinions, trust, and, of course, a whole lot of listening.

4. Learn to be efficient

When the game starts the time also starts ticking away! Teams will have to learn to keep calm under the pressure. Clues from the game-master are the tool at the team’s disposal. They must make crucial decisions between spending time for a solution or ask for help…

Effective teams use their time they have efficiently to focus on a task until completion or it becomes redundant. Decisions on the necessity of a task is left to a leader who makes the decision swiftly and definitively. Discussion and debate are open but concise.

Once a decision is made the discussion ends, however, with new information ego doesn’t get in the way of a new plan of action. Each team member manages their time and prioritises their tasks.

5. Learn to Face Challenge and Problem

Problem-solving through puzzles is at the heart of the game experience. Teams must think outside the box and use their observational and dexterity skills in the game. Each problem will have one logical solution. Once found, there will be no doubt. This helps teams build momentum solving puzzle after puzzle.

Along the path to the common goal, an effective team identify these problems and solve them practically.

Why it looks so simple? Because they understand that most of the effort in problem-solving is incorrectly identifying the real problem. Once it correctly identified, a problem becomes exponentially easier to solve.

Participants get closer together and generate a sense of achievement when completed. Teams leave on an adrenaline high and the shared experience is relived through conversation.

A happy team is an effective team. Team members must trust one another to perform and also have each other back when they fail. Teams will thrive with a mentality of mutual accomplishment and mutual defeats — A win is a team win; A loss is a team loss.

Look at these simple steps that you can follow easily! Who said we can’t learn without fun? Mystery puzzle game it’s not only just for fun but it gives you lots more lessons than you think.

20% OFF Team-Building Package
Isolation is hard. Working remotely is lonely. Let's energize and reconnect your team.

We are offering a 20% special discount to ease you during this challenging time.

Terms and conditions:
Limited time offering. Apply to only selected and qualified teams only. 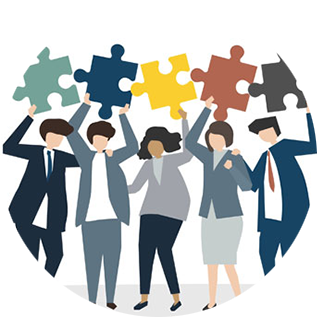 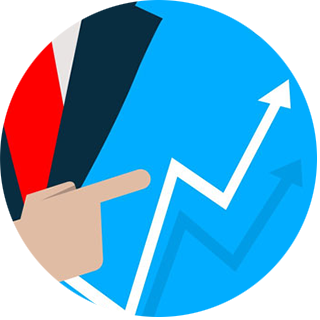